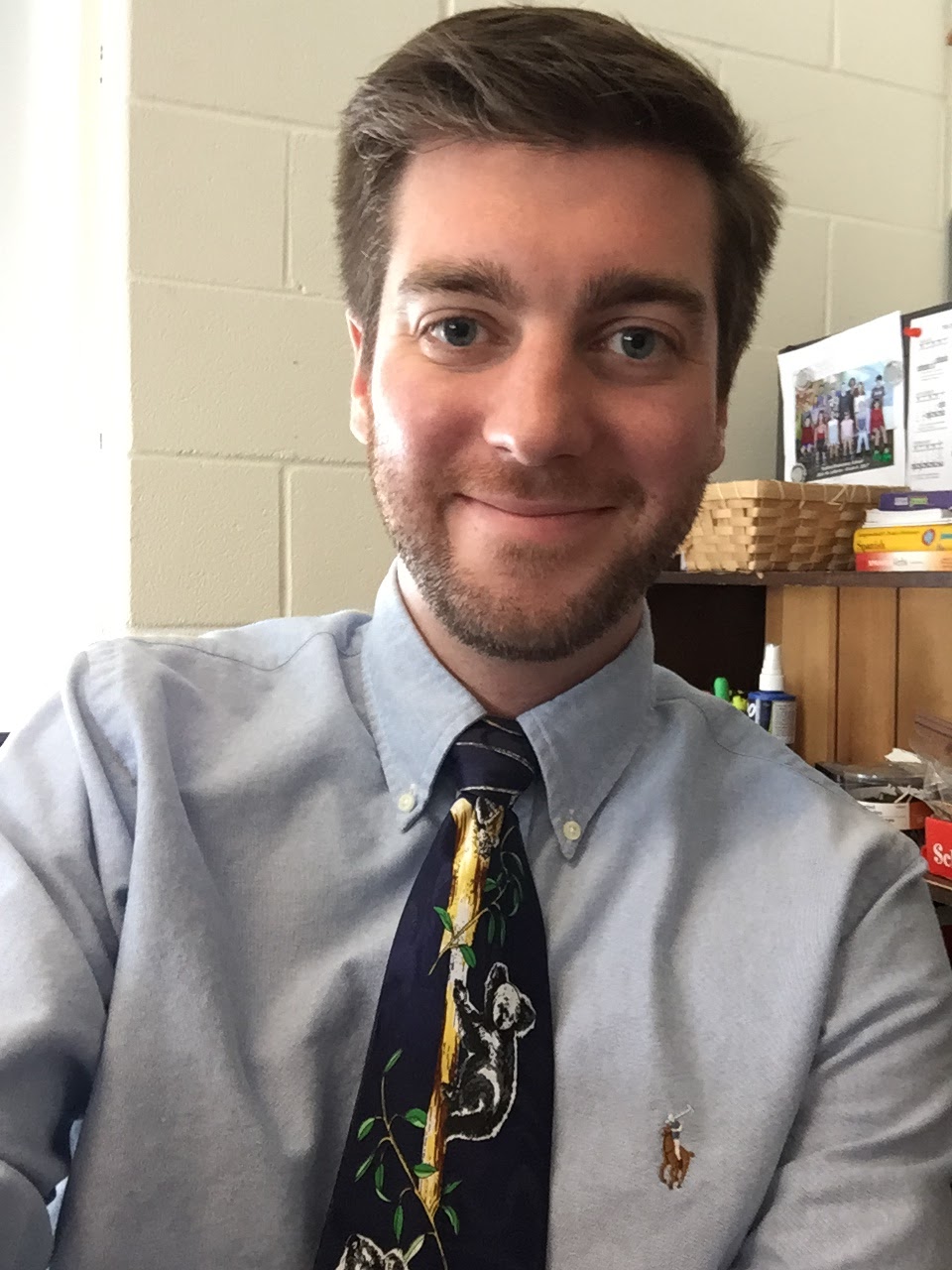 Ben LaRoche has lived on both sides of the country and in a couple of places in between. But when it came time to settle down to a teaching career, he chose to “come back” to Thetford, Vermont. And he’s very happy he did. “I graduated from Thetford Academy in 2006,” he said. “My two younger brothers went to Thetford Elementary School (TES) [where Ben now teaches combined 5th and 6th grade] and my mom worked here as well, so I was a frequent visitor.”

"After graduating from Thetford Academy,” he said, “I went to college at the University of Victoria (“UVic”) on Vancouver Island in British Columbia, majoring in writing and minoring in psychology. Having lived in the midwest and the east, I was curious about what it might be like to live out west. When I saw UVic, I knew I’d found the right college for me.”

That said, when college breaks came along, Ben always ended up back in Thetford. “Canadian universities get out for the summer earlier than American ones,” he said, “so I was always back home by late April, long before any of my friends were done. For something to do, and to make a little extra money, I started to substitute teach at the elementary school. I’d worked summers as a camp counselor, so working at a school seemed like something I could do. What I didn’t realize was how much I would end up loving it. It got to the point where I was more excited to come home to Thetford and substitute teach than I was to go back to college!”

After graduating from UVic, I was encouraged by some of the teachers to pursue a teaching career. I learned about the Upper Valley Educators Institute, applied, and was accepted into their program the following year. During that year, I interned at TES with Joe Minichiello and also at Richmond Middle School with Kristen Downey. When it came time to apply for jobs, there was an opening at TES and I jumped at the chance to work at the school where I had learned how to teach. I’ve been teaching here ever since!”